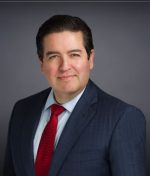 Chair Gabriel Sandoval has been a partner at Atkinson, Andelson, Loya, Ruud & Romo since 2013 and practices law in its statewide education and public entity labor and employment law practice groups where he represents universities, community colleges, and school districts, in addition to municipalities and other public entities, in a wide range of matters, including all aspects of education and employment law and compliance with federal and state civil rights laws. As part of his statewide law practice, Mr. Sandoval also conducts investigations of employee and student complaints of discrimination, harassment, and retaliation; provides anti-discrimination training; and reviews and revises policies to ensure compliance with federal and state anti-discrimination laws.

Prior to joining AALRR, Mr. Sandoval served in President Barack Obama’s Administration as Senior Counsel in the Office for Civil Rights of the U.S. Department of Education—the largest office of the federal government focused exclusively on the enforcement of civil rights in our nation’s schools and universities. During the Obama Administration, Mr. Sandoval also served as Senior Advisor and Director of Policy at the White House Initiative on Educational Excellence for Hispanics. He started his legal career as a law clerk to the Honorable Carlos Moreno, then-U.S. District Judge for the Central District of California, after which he joined O’Melveny & Myers LLP as an associate in the firm’s labor and employment practice group. He earned his Juris Doctor degree from Columbia University School of Law and his undergraduate degree from Stanford University.