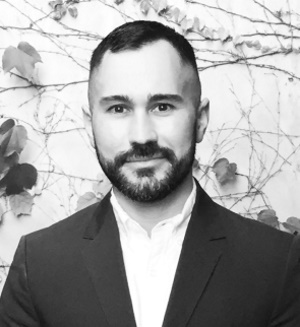 Adam P. Romero was appointed by Governor Gavin Newsom on March 5, 2020 to be Deputy Director of Executive Programs at the Civil Rights Department. An expert in anti-discrimination law and multi-disciplinary research, Romero leads the Department’s Executive Programs Division, which includes teams in the areas of Legislative and Regulatory Affairs, Research and Reporting, Outreach and Education, Appeals, and Public Records Act responses.

Prior to his appointment, Romero was the Arnold D. Kassoy Scholar of Law and the Director of Legal Scholarship and Federal Policy at the Williams Institute of the UCLA School of Law, where he was also an adjunct professor and faculty affiliate of the Critical Race Studies program. Romero’s scholarship focuses on how the law shapes and responds to human vulnerability as well as discrimination and violence. Previously, Romero was a senior associate at the law firm Wilmer Cutler Pickering Hale and Dorr, practicing appellate and Supreme Court litigation and intellectual property litigation. Admitted to practice law in California and New York, Romero successfully represented the plaintiffs in Cooper-Harris v. United States, the first case in the nation to declare unconstitutional statutes barring the federal government from recognizing same-sex marriages of veterans.

Romero served as a law clerk to Judge M. Margaret McKeown of the U.S. Court of Appeals for the Ninth Circuit, and Judge Shira A. Scheindlin of the U.S. District Court for the Southern District of New York. Romero received his J.D. from Yale Law School, where he won the Kelly Prize, was a Coker Fellow, and was a student director of the Complex Federal Litigation Clinic. Prior to law school, Romero was an investigator for the Bronx Defenders and a community organizer in New York City. A native of California, Romero received his A.B. from Cornell University, College of Arts and Sciences, graduating summa cum laude and winning the Sherman-Bennett Prize.