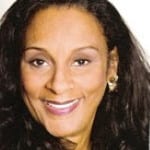 Fahizah Alim is the Deputy Director of Communications appointed by Governor Edmund G. Brown, Jr. An award-winning journalist, she retired in 2007 from her position as a Senior Writer for the Sacramento Bee after more than 25 years of ground-breaking journalism. During her tenure at The Bee, Ms. Alim exposed the wider community to important people and issues in the minority communities, seeking to demystify them and promote better understanding.Ms. Alim started a second career in the State Capitol shortly after leaving The Bee serving most recently as the Communications Director for State Senator Curren D. Price Jr. Previously she was Communications Director for the Legislative Black Caucus, Senator Mark Ridley-Thomas, and Senator Roderick D. Wright.Ms. Alim studied journalism and African American studies in the undergraduate and graduate schools at the University of California, Berkeley. Her numerous awards include the California Legislative Black Caucus Foundation Reporter of the Year Award For Outstanding Service in Journalism, the YWCA Woman of the Year Award, The Congressman Robert T. Matsui Community Service Award, the National Coalition of 100 Black Women Media Advocacy Award, the California Black Chamber Award for Excellence in Journalism and the California State Bar’s Silver Medallion Award for Investigative Reporting. In addition, she is a past-President of the Sacramento Chapter of the National Association of Black Journalists and Vice President of the Sacramento Chapter of Links, Inc.