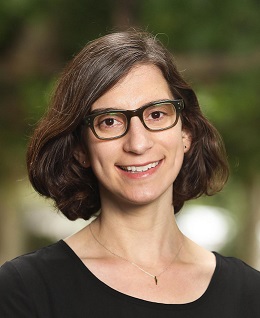 Councilmember Julie Wilensky is a deputy city attorney at the San Francisco City Attorney’s Office, where she is a member of the complex and affirmative litigation team.

Before joining the City Attorney’s Office, Julie was a senior staff attorney at the National Center for Lesbian Rights. Previously, she worked as a deputy county counsel at the Santa Clara County Counsel’s Office, senior counsel at Disability Rights California, and the director of the California office of the Civil Rights Education and Enforcement Center. She was also a shareholder at Lewis, Feinberg, Lee & Jackson, P.C. Julie began her legal career as a Thomas Emerson fellow at David Rosen & Associates. She served as a law clerk to Judge Nicholas G. Garaufis of the U.S. District Court for the Eastern District of New York and to Judge John T. Noonan, Jr. of the U.S. Court of Appeals for the Ninth Circuit. Julie received her J.D. from Yale Law School, where she was an articles and essays editor of the Yale Law Journal, and her B.A. summa cum laude from Yale College.